A chapel was built in the 9th century on a ‚motte‘ or ‚castle mound‘, and this was replaced by a church constructed in the 11th century and fortified until the 17th century, refore the top of bell tower was surrounded with hoarding. In 1649, Monsieur de Pompadour, the king's Lieutenant in the Limousin, ordered the destruction of the fortifications as a punishment for the Lord of Chéronnac, one of the heroes of the La Fronde, a period of unrest in France between 1648 and 1653. There is an interesting 13th century carved lock on the church door and inside there is a coat of arms painted on the wall (15th century). This was part of the ‘litre funéraire' (usually a black band put up for the funeral of important people) in honour of de Rouziers, Lord of Chéronnac. 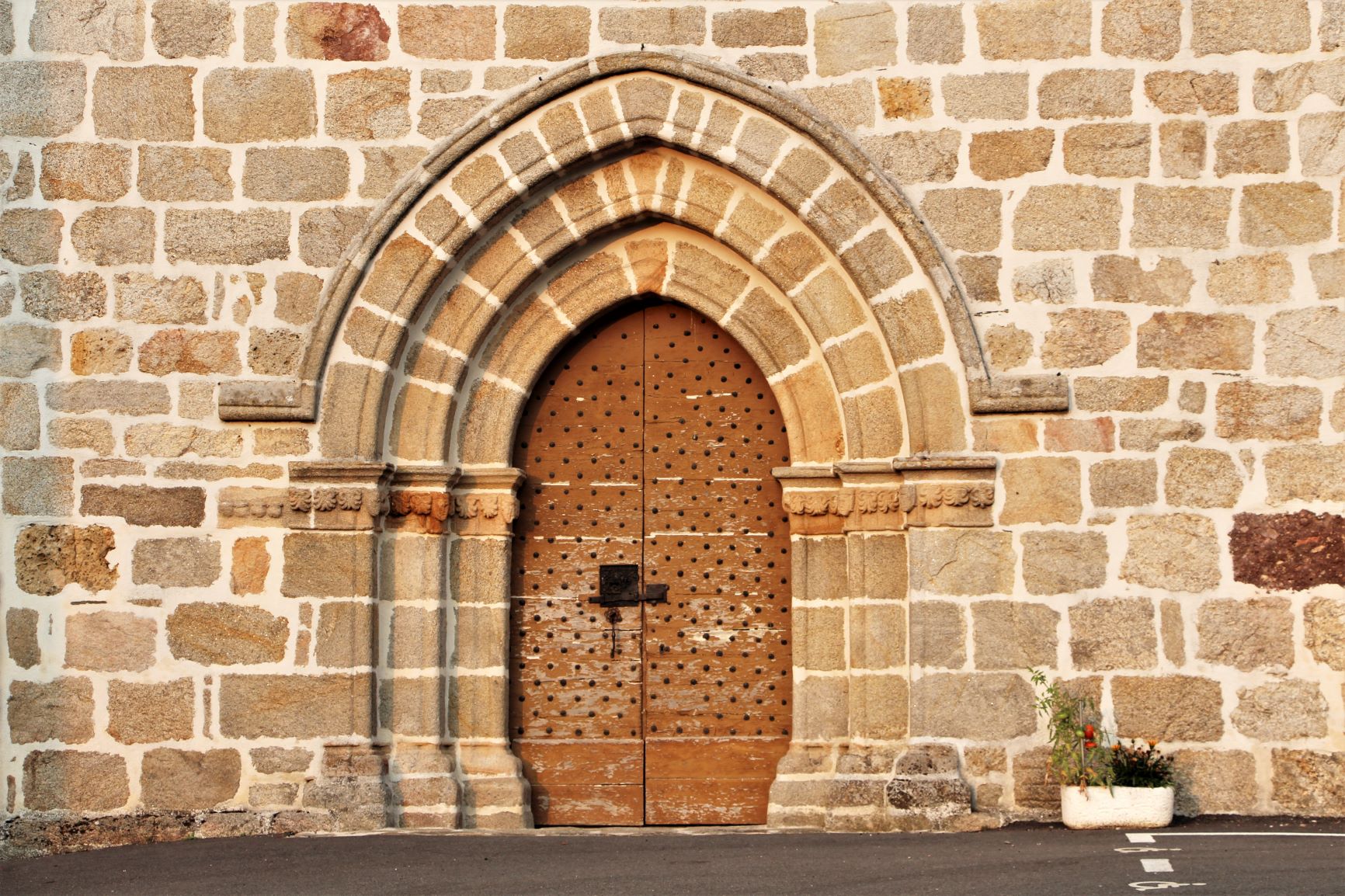